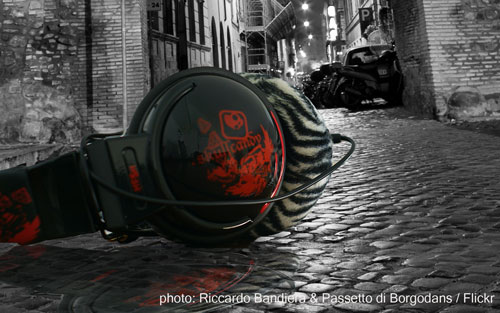 What is a podplay?

Podplays are downloadable plays designed specifically for your ears. Some are best listened to in a certain location or site, some ask you to be a spectator “on the move” and to listen while you walk or run a certain route, and some ask you to simply download, plug in your earphones and close your eyes.

Ancestors of the Podplay

Audio drama depends entirely upon sound, music and words to paint a picture for the listener and has existed since the recorded beginnings of literature itself. The ancestors of the contemporary podplay include the dialogues of Plato, medieval mystery plays, as well as the closet drama of the Elizabethans and the Romantic Poets and Le theatre de l óreille in the French tradition. In the 20th Century technology in the form of radio transmissions ushered in the golden age of radio (1920-1950) drama bringing the form to the masses. More recent ancestors include soundwalks, creative audio guides, and performance/acoustic art, what has been called drama hacking, and downloadable drama podcasts or “podplays.” In the 21st century the ready accessibility of “capture technologies” such as video and mp3 recording are changing the core of the way that that we think about liveness and the podplays you see here are experimenting with new relationships between the play and the spectator.

Here is an ongoing bibliography of artists working in these media. It is by no means comprehensive: please feel free to forward references to be added to this list.

Robert Plowman: A Playwright and Collaborative Theatre artist who works in Canada and the U.S.

Soundwalk: an international sound collective based in New York City

The Truth: A U.S. based troupe that creates downloadable “movies for your ears”

The Wireless Theatre Company: A UK based company that uses new technologies to create audio theatre for the facebook generation.

Natalie Meisner is a playwright and poet from Nova Scotia and an Associate Professor of English Literature at Mount Royal University in Calgary, AB. where her areas of teaching and research include creative writing, drama, Canadian literature, theories of comedy and laughter, and the history and construction of gender and sexuality.